Smoking is a health problem in Mexico and worldwide. Every year, smoking claims over 8 million lives, with most deaths occurring in low and middle-income countries. In addition, tobacco consumption leads to increased healthcare costs and a loss of human capital as a result of morbidity and mortality due to smoking (WHO, 2020). Global expenditure on healthcare for tobacco-related diseases in 2012 was estimated at 422 billion dollars. This burden increases to 1.436 trillion dollars when loss of productivity is factored in (Goodchild, Nargis, and Tursan d’Espaignet, 2018).

Health sector expenditure in Mexico, specifically on treating and preventing smoking- related diseases, is inadequate. The medical costs of treating the population not covered by the social security institutions approach 48.223 billion pesos, which is nineteen times the budget spent on preventing and treating diseases caused by smoking and exceeds the total estimated revenue from IEPS on tobacco for 2020.

Tobacco tax revenue can be used to fund the health system in Mexico. One option is to earmark, in full or in part, revenue from IEPS on tobacco to fund health services for those not covered by social security. Similar policies have existed in various countries across the world and, although such a practice poses certain challenges from a legal perspective, legally it is possible in Mexico. The most viable and effective way of achieving this is by amending the Excise Tax on Production and Services Law (LIEPS).

This report explores the impacts that different changes in the IEPS tax rate on tobacco may have on cigarette sales, revenue, and cigarette prices. The study also explores healthcare expenditure associated with smoking and assesses, from both a health and legal perspective, the possibility of earmarking revenue from tobacco taxes to fund the health system in Mexico. 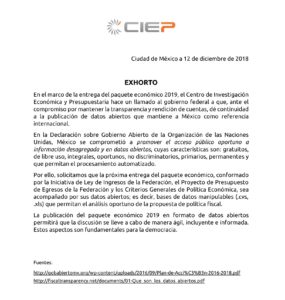